With the Ecigarette trend catching on, manufacturers are trying their best to keep up with the demands of e smokers. There exists a variety of e Cigarettes that have been designed for every kind of smoker, from the casual to the heavy. 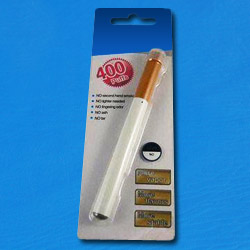 The one piece Ecigarette is disposable, which means that it comes with a pre-charged battery and a non-refillable, flavored nicotine cartridge. This type of an ecigarette generally needs activation in the form of pushing or twisting the mouth piece to break a foil seal and/or connecting the battery.

The disposable Ecigarette appeals most to casual smokers or first time users as they can dispose them after a marked number of uses or when either of the e-Liquid or battery run out. For first timers, the disposable ecig proves to be a handy choice till they decide to settle with a single brand. The disposable ecigarette also offers convenience when travelling as it eliminates the need to carry chargers or look for plug points.

The disposable e Cigar is a variant of the disposable ecigarette and has gained popularity rather quickly as it generally lasts longer than the e Cigarette. 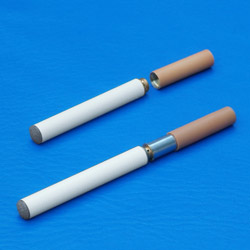 The two piece ecigarette consists of the rechargeable battery and the replaceable cartridge pre-filled with e-Liquid also known as the cartomizer. The primary advantage of the two piece is that it automatically ensures the replacement of the atomizer each time the cartridge is replaced. This comes in handy as the atomizer generally needs to be replaced anywhere between 6-12 weeks since it is semi-consumable. It also offers the convenience of frequently switching between e-Liquid flavors as it only requires the cartomizer to be screwed on to allow usage. 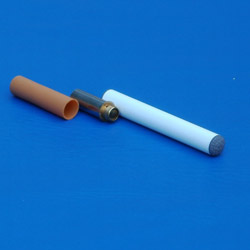 The three piece ecigarette comes with a separate atomizer and cartridge along with the battery. In this case, the battery screws into the atomizer. The nicotine cartridge however needs to either be screwed or forced onto the atomizer, which is then held there securely until it has to be unscrewed or pulled off for replacement.

Though the major drawbacks of the three piece is that users would have to switch atomizers when they switch flavors and that they will have to replace the atomizers every 6-12 weeks, the positives include ease of refilling or “dripping” the eliquid cartridges for cost savings as well as more flavorful vapor.