The refill cartridge or e Cigarette Cartomizer is perhaps the most vital component of the e Cigarette as it holds the flavor and nicotine in water that ultimately forms the vapor. It is a cup-like piece attached to the end of the e Cigarette and holds the e-Liquid or “ejuice” (as some may refer to it) in an absorbent lint-type fabric. The e Cigarette cartomizer or cartridge is designed to facilitate the free passage of air so that you are able to easily inhale the vapor with each puff. While the automatic variety controls the release of vapor from e-Liquid by sensing the airflow through the atomizer, the manual variety allows you to make longer draws by pressing the button on the battery. Once the e-Liquid depletes from your e-Cigarette you may replace the cartridge with a pre-filled with e-Liquid one or simply refill the existing cartridge depending on the kind of e-Cigarette you own with your choice of e-Liquid strength and flavor.
There are essentially two kinds of cartridge available, the refill variety that has a separate cartridge and atomizer and the cartomizer which is a two-in-one cartridge. 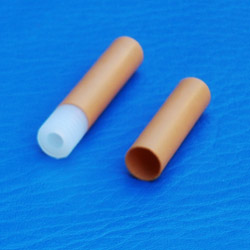 The refill cartridges requires a separate atomizer to offer the complete e smoking or vaping experience. It comes pre-filled with an e-Liquid and needs to be refilled each time the liquid runs out. The atomizer is the component responsible for converting the water and nicotine in the e-Liquid into vapor. It is monitored by a system control circuit and airflow sensor that controls the release of the vapor. There are various ways of refilling the cartridge which include topping off, refilling with the syringe method and dripping. For this reason various e Cigarettes brands also offer blank or empty cartridges that can be filled with the e-Liquid of your choice.

Though the refillable cartridges proves to be more expensive than the e cigarette cartomizers initially, it does offer the advantage of lasting longer and being reusable. Refilling the cartridge with e-Liquid, over a period of time, also proves to be a cheaper alternative than buing more expensive e Cigarette cartomizers. You also have the flexibility to customize your flavor by making your own concoction and filling it into the cartridge.

While the atomizer has a standard life of about 6-12 weeks, you should make sure to refill your cartridge before it completely runs out of e-Liquid and dries up in order to make the atomizer last longer. Though an atomizer’s life depends on how it is used, well cared for atomizers have been known to last for 6-12 months. 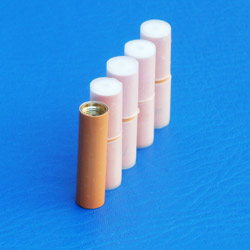 The e Cigarette Cartomizer is a rather recent addition to the e Cigarette lineup. It consists of a disposable atomizer and a pre-filled cartridge. It offers a convenient alternative to the refillable cartridge as you can dispose off the empty cartomizer once the e-Liquid has depleted and replace it with a new one. e Cigarette cartomizer can be easily replaced as it simply screws on directly to the battery. The cartomizer also holds more e-Liquid which translates into more puffs and a stronger taste and vapor. The cartomizer also offers to do away with messy e-Liquid refills that require quite some time and experience to master.

For anyone making a choice between a e Cigarette cartomizer and a cartridge, it would boil down to two factors: convenience = cartomizer, economy = cartridge.